Please call the office if you can not find the product you are looking for, our phone number is 626-284-9901

Alhambra, California, USA, June 10th 2020 – Riedon, a specialist manufacturer of cutting-edge power and precision resistors, is set to redefine the current measurement landscape with the introduction of its SSA Smart Shunt series. 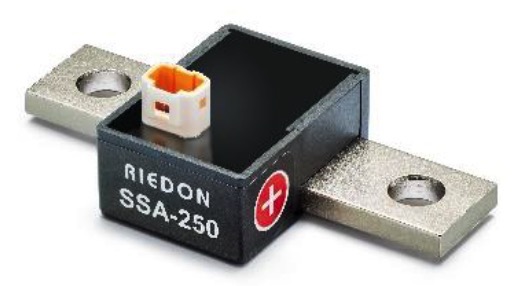 These next-generation current sensing modules combine the attributes of conventional passive shunt resistors with those normally associated with considerably more expensive and bulky closed-loop Hall Effect current sensors. Each featuring a built-in precision amplifier, they offer reinforced electrical isolation (up to 1500VDC), alongside industry-leading levels of stability and accuracy.

SSA Smart Shunt units exhibit ±0.1% sensing accuracy and ±0.1% linearity over their entire current range, with far less susceptibility to temperature drift. The need for routine calibration can therefore be negated. They also have a rapid response time of less than 1.5μs. With an amplified analog output and integrated protection, these current sensors can be placed on either the high or low side of a circuit, thereby enabling easy integration. Their temperature range spans between -40°C and 125°C. Riedon plans to offer a digital output as well, through I2C, RS232, Modbus and CAN interfaces (thus suiting both industrial and automotive installations).

The robustness of SSA Smart Shunt modules makes them suitable for use in high-power (100A to 1000A) implementations, where harsh conditions may need to be dealt with - such as elevated temperature levels, heavy vibrations and electro-magnetic interference (EMI). Key examples include electric vehicle (EV) and hybrid-electric vehicle (HEV) traction inverters, AC/DC converters, uninterruptible power supplies, renewable energy generation sites and smart grid infrastructure. 2 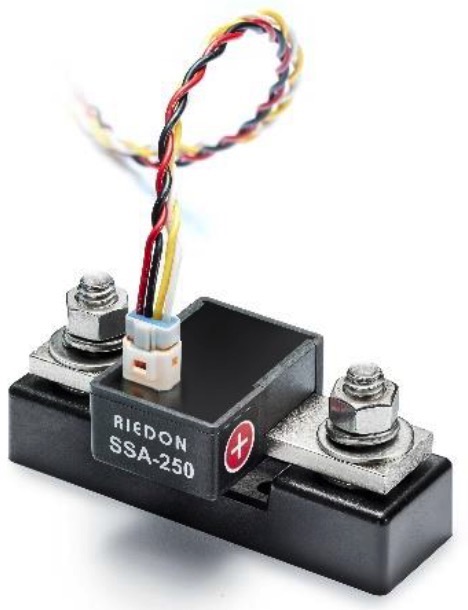 “SSA Smart Shunt signifies a major step forward in shunt-based current sensing,” explains Phil Ebbert, VP Engineering at Riedon Inc. “Until now, despite clear drawbacks, such as the impact of electro-magnetic fields and temperature fluctuations on their accuracy, Hall Effect sensors have proved preferable in more challenging current measuring applications, as they are non-intrusive, possess intrinsic electrical isolation and support higher voltages. Conversely, the non-isolated nature of standard shunt resistors has held back their widespread deployment, even though they offer more accurate and operationally stable parameters.”

About Riedon Inc. For more than 45 years, since its formation in 1960, Riedon has been at the cutting edge of resistive solutions, supplying Wirewound, Thick & Thin Film and Foil resistive products to industries as diverse as Aerospace, Military and Instrumentation.

Riedon employs more than 130 team members worldwide and has manufacturing, technical support and sales facilities in the USA, Europe, Asia and Mexico.